The hill town of Palampur is known for its serene atmosphere and beautiful landscapes. The contrasting beauty of lush tea gardens against the backdrop of snow capped mountains of Dauladhar range along the sidelines of dense pine forest; render this place as a favourite amongst the tourists. There are many temples in this beautiful region of Palampur that escalates the beauty of this place. These temples are places of great interest for the tourist as well as the number of devotees who visit these temples on a regular basis to offer their prayers.

Some of the most sought after temples in Palampur are as follows.


Baijnath Temple- Situated at a distance of mere 16 kilometers from the main town of Palampur is this beautiful and ancient temple of  Baijnath that is dedicated to Lord Shiva. This place has strong historical importance as well, as it is believed that the Lingas of Shiva in this temple was the one that Ravana had established as he was supposed to carry this Linga to Sri Lanka and was instructed by Lord Shiva, not to place it anywhere enroute, however, Ravana was tricked by one of the Gods who was posed as a beggar and the Linga was placed on here by the beggar when Ravana had gone in search of food for the beggar after handing over the Linga to him.

Thus, the Linga got established here. Also, it is one of the famous twelve Jyotirlingas of Shiva. This temple gets decorated during Shivaratri and Dusshera is not celebrated here as the effigy of Ravana is not burnt here as a mark of respect for the devotion he had towards Lord Shiva. 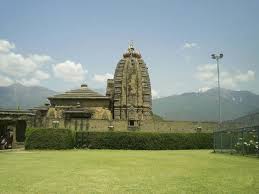 Bundla Mata Mandir- This is one of the oldest temples in Palampur and is believed to be constructed not less than five centuries ago. It is at a distance of around a kilometre or so from the main town of Palampur and is located on the Neugal Cafe road. This temple is known for the calmness and the serenity that engulfs the surrounding around as there is a covering of lush tea gardens around this temple. The ascent to this temple is covered with snow when you travel by road during the winters and it provides a breathtaking view.

Chamunda Devi Temple-  This temple is dedicated to one of the many avatars of Goddess Durga, which is known as Chamunda Devi. The temple is situated at a distance of 11 kilometers  from the railway station of Palampur. The Baner Khud flows alongside the temple and one can get a scintillating view of the mountain ranges of Dhauladhar.  It is located on the right side of the tributary of the Beas river and the village within which this temple is located is known as Jadrangal. 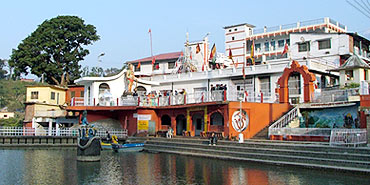 There is a shrine of Lord Shiva behind the temple and hence this temple is also known as Chamunda Nandikeshwar. The idol of the goddess is kept under a red cloth as it is very sacred and there are also idols of Hanumanji and Bhairon on either side of the idol of the goddess. The walls of the temple are beautifully painted with scenes from great epics like Mahabharata and Ramayana.

Jakhni Mata Temple- Located in the Chandpur Tehsil of Palampur, this temple is dedicated to the Goddess who is fondly known as Jakhni Mata. This temple is very close to the places like Neugal Cafe and Sai Gardens that are good places to feast for gourmets. The temple is situated at a height in the region of Chandpur, from where one can get an awesome view of the Dhauladhar mountain range. The railway station of Palampur is at a distance of only eight kilometres from this temple. 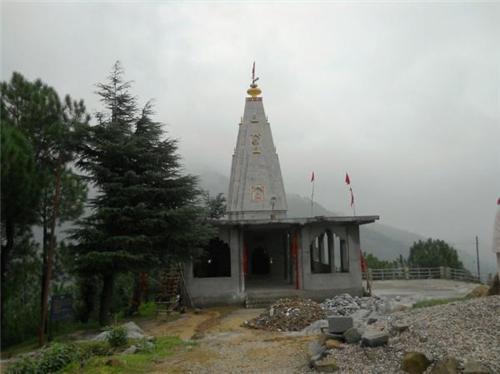 So whether, you are a God lover or a nature lover, the above mentioned places are worth a visit to experience an atmosphere of peace and tranquillity along with an opportunity to catch a glimpse of extraordinary ancient architecture.

Comments / Discussion Board - Temples in Palampur